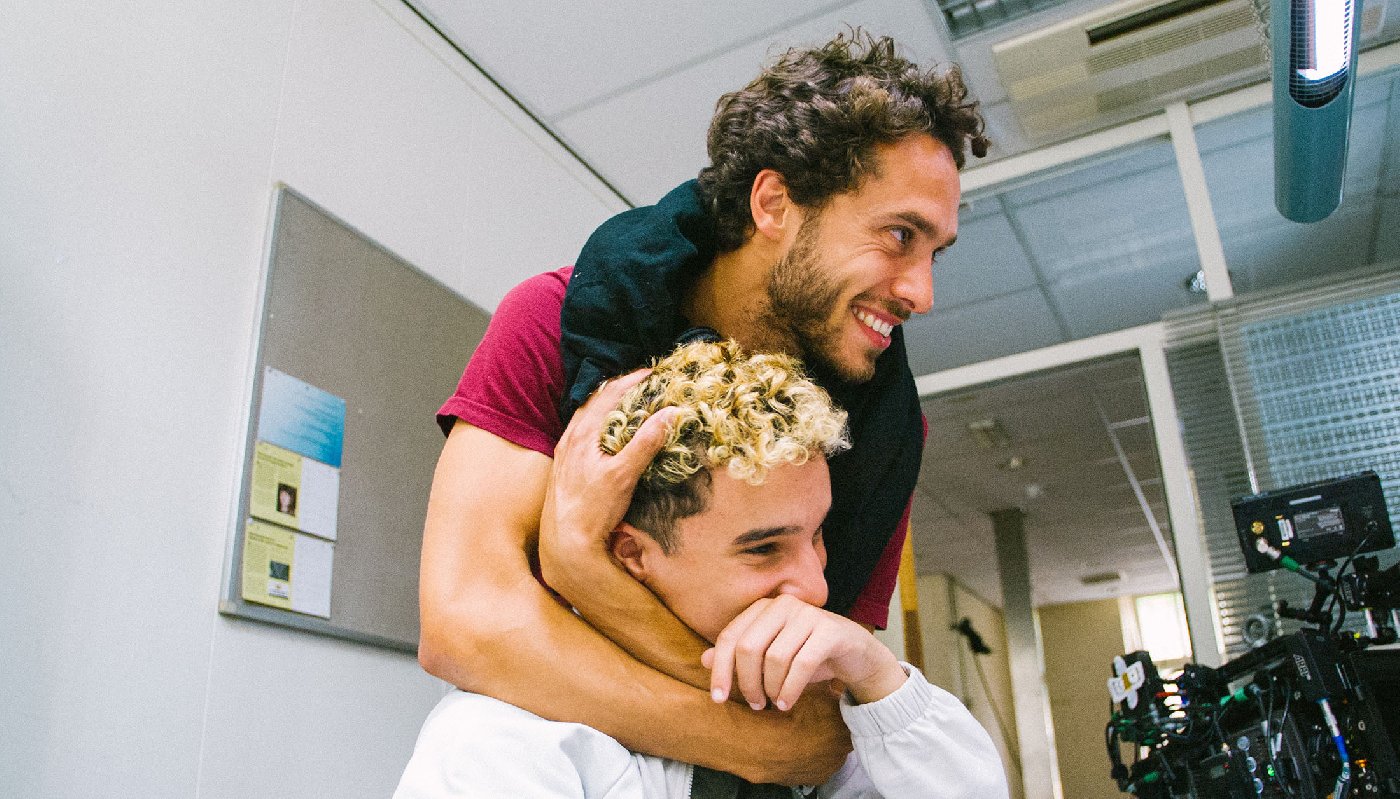 Shady El-Hamus is an award winning Dutch-Egyptian director and screenwriter. He directed and co-wrote the first Dutch Netflix Original Film FOREVER RICH, starring Jonas Smulders, which recently came out to rave reviews. The film tells the story of popartist Richie, who has to fix his reputation and save his career after his watch got stolen in a violent robbery and humiliating images of the encounter go viral. The film was recently included in The New York Times '5 action movies to watch now'.

Shady directed and co-wrote his first feature film, ABOUT THAT LIFE, about three friends being driven apart by the looming end of high school life, only to learn their friendship does not depend on their chosen paths. The film was released in 2019, came out to rave reviews and won a Golden Calf (the equivalent of an Academy Award) for Best Screenplay.

In 2012 he graduated from the Netherlands Film Academy as the first student in the history of this school to simultaneously graduate in two specializations: directing and writing. Dutch newspaper Volkskrant named him one of three directing talents of 2018 and 2019. For his first feature film ABOUT THAT LIFE (o/t DE LIBI, 2019) he won a Golden Calf for Best Screenplay at the Netherlands Film Festival 2019.

He wrote Sam de Jong’s (GOLDIE) award winning graduation film MAGNESIUM and directed his own film ABOUT SONS, starring Marwan Kenzari (ALADDIN, MURDER ON THE ORIENT EXPRESS) in the lead role. At the 2012 Netherlands Film Festival, MAGNESIUM was awarded Best Student Film, and Shady received the Dioraphte Award for Most Outstanding Graduation Student of the Year. MAGNESIUM was selected for many international film festivals, including the Sundance Film Festival.

After graduating from the Netherlands Film Academy, Shady was accepted by the prestigious MA Directing Fiction Course at the National Film and Television School in the United Kingdom. His 2015 graduation film FAIRUZ, starring acclaimed Palestinian actor Mohammad Bakri, premiered at the 2015 Dubai International Film Festival as part of the Main Competition. His most recent short film NIGHTSHADE was the Dutch submission for the Academy Awards 2018, and was selected for the competition of Clermond-Ferrand International Short Film Festival, the biggest international film festival dedicated to short films.